The Plight of the Booty-full


I have never had huge life plans. In fact, all I have ever wanted was to be married and have kids.
Despite my lifelong dreams of carpool lines, mini vans and screaming babies, I am currently 31 and super single. Super single is more than regular single. Super single is single without a prospect in the world, unless you count my cousin-husband, which I think only West Virginia does (a good story always leaves you wanting more).   It is starting to feel like I actually repel single men. I know God is good and sovereign and his affirmation is better than any man's, but sometimes its just nice for someone to notice you. 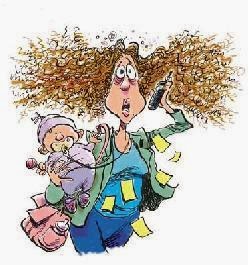 For Valentine's I went out with one of my dearest and hottest girl friends. She is the kind of girl that it is intimidating for other girls to be around. I decided to show her the best Atlanta has to offer, so I took her to walk downtown in the middle of the night. Nothing says Atlanta like a legitimate fear you are going to be robbed.  We walked around my beautiful city watching couple after disgusting couple giggle on by.  After a beautiful and slightly depressing evening, we headed through a line of homeless men to catch our train.  As I walked next to my gorgeous friend, one man called out, "Hey girl in the brown jacket" (that was me), "you have a great A@*".

A crack head singled me out and said I had a "great A@*".  How sweet of him to notice!?! It felt good.  I was living on a cloud for almost a week, until I was rudely brought back to reality.  I was driving home with a coworker, when she started telling me that she dated women.  She then went on to explain that she didn't choose to date white women, because they don't have booties. Offended I explained to her that according to a very reliable source I was a white girl who happened to have a really great booty, and although I wasn't interested in dating any women, I was curious as to why she wasn't interested in dating me?   Her response... "Honestly, I don't find you attractive."  Punch. To. The. Gut. 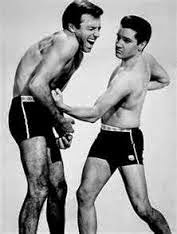 Now I am not interested in dating women or homeless crackheads, but their opinions still deeply matter to me, or at least they did last week.  It's like the crackheads compliment was the hit I needed and the coworkers rejection was the crash after the high.  I crave for people to see me, not as just a person, but as desirable woman.   It doesn't matter where my fulfillment comes as long as it is telling me that I am great and worthy of attention and affection. Above all else, I want people to see me, and find what they see worthy.  Of course, in my desire to be seen, it is impossible to see.

I didn't see the man who called out inappropriate compliments. I didn't see him as a tarnished image bearer who had chased fulfillment down an alley, trading the mark of the king, for the high of a night. I didn't see my coworker as a person longing for love and affirmation. I didn't ask her questions about her life dreams, desires and hurts. Instead, I asked her about me.  Maybe one day I will get married and have a house full of crazy kids, or maybe I won't. But today, today, I am a child of the one true God. I have the opportunity to see people not for how they can temporarily offer me satisfaction, but for how they can forever be satisfied in him and be adopted into his family.  Above all else, I want to see people as God sees them, because they are worthy to be seen.
Posted by Brittany Jo at 11:55 AM No comments:

America prides itself on sophistication and technological advances. We are superior to the unsophisticated “savage” nations of hunter gatherers who spend their days trudging through the dirt to tackle buffalo. Instead we stay up until midnight checking emails and watching Netflix, all the while complaining about how busy we are. We then wake up before the sun rises, thank you smart phone, and put on the most ridiculously boring and "professional" outfits. We get in cars or on buses and start the silent commute to our super sophisticated classy jobs, hence why we must wear our super sophisticated classy clothes. After what seems like days of sitting in unyielding traffic, we finally make it to our respective offices. We take off our jackets, turn on computers and grab some coffee.

The day has begun. 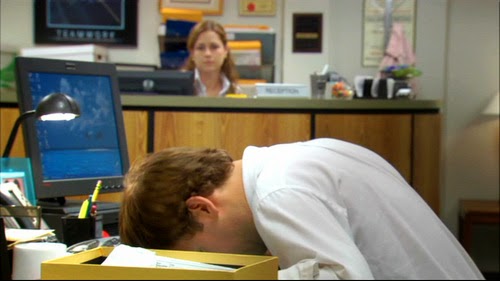 Each day brings more of the same, more packages to deliver, more emails to send, more documents to check, more events to plan. You count down the minutes until 5, the days until Friday and the years until retirement, waiting, watching, in your fancy clothes, for your life to actually begin. Occasionally, a shimmer of light shines through the dull gray monotony of your life, and makes you excited about your work. You start with renewed energy and vigor, determined to work as hard as you can and leave the place better. But then you work too fast, leaving nothing left for the duration of the week, or you work too hard leaving only a sore back and more manual labor to complete. Slow and steady wins the race, and slow and slower make it through the week. And so it goes, the minutes click slowly by, as your fluorescent lit computer screen becomes your only friend.

Your day dreams are filled with tackling buffalo, or herding up your half dozen kids that run wild through the woods. Staring at a blank screen you long for theologically rich, meaningful and intense conversations, but settle for small talk about work –appropriate topics. You want to scream at the top of your lungs and shatter the sterile walls before you, but you don’t. As the day ends, you grab what is left of your soul, and go to face traffic. You arrive home and start to prepare for the next day.

Days turn into weeks, weeks months, and months, years. Hypnotized by monotony you join the throng of the walking dead. You have become a mere fragment of the free-spirit you once were, battered and beaten by sophisticated polite society. Although you don’t have a lot of fight left, somewhere deep inside, safely hidden, the “savage” part of your soul sleeps waiting to wake up again.

“Wake up sleeper, Rise from the dead, and Christ will shine light on you!”

Posted by Brittany Jo at 8:40 AM No comments: