Despite looking, I can’t find the hidden camera that secretly records our every move, nor the footage that is later edited for your viewing pleasures. If my home isn’t a reality television show, it definitely should be! I am a 32-year-old, super single female, who moved in with her newly wed identical twin sister, her brother-in-law, male thugged out cousin, family friend Blair-ikins and 80 pound German Shepherd. Who doesn’t want to watch a show about our daily lives! 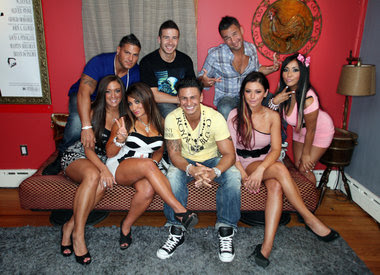 During our first month in hoodburbia, our landlord let her husband’s friend, an Ethiopian taxi cab driver, live in our downstairs living room.  Since there weren’t any locks or doors separating our home from his, we had to trust the giant picture of Jesus hanging over his bed as proof of his mental soundness. Eventually we convinced our landlord to evict this Jesus man, and when he left, we were left with 3 short fused Italians and gentle Minnesotan.  When we fight, things get real, real fast.  Like any good reality television show, laughter turns to screaming and screaming turns to crying and crying turns to deep emotional moments about whether or not you can be a Christian and root for Florida State.  Since we believe in justice and grace, everyone takes a turn being the crazy and irrational one.

As much as I love my home, I know it won’t last forever.  Eventually, my sister and her husband will move their little family to a safer and less ugly neighborhood. Eventually my sweet cousin will find a girl who loves Lil Wayne, fears the Illuminati and has chosen to live for Jesus.  And, eventually, Blair-ikins, our newest addition, will find a place where her cat can actually live without fearing for her life.  And, when these things happen our show will be cancelled.

My life isn’t exciting enough to carry a show on it’s own. When I am not with my family, I am sitting.  I sit behind a computer screen and daydream about quitting my job.  I once daydreamed about quitting in an awesome dramatic way where I told every rude condescending person how I actually felt about them, and then grabbed my stapler, and screamed, “I quit!” Nowadays, even my daydreams are boring.  Eighteen months of a terrible job has a way of sucking the life out of your soul. You aren’t as funny as you used to be, your dreams aren’t as exciting and your reality television show is canceled within its first season.
The only thing that keeps me sane is my family, but when our show ends and we go separate ways, what will happen to me!

Today, as I sat in an awesome hipster coffee shop, I forced myself to dream again.  It was a slow start, but it was a start. Somewhere deep inside I realized, God hasn’t been protecting my physical body, my pride or my humor. He isn’t going to protect my home, my reality TV show or my vision of happiness. He hasn’t promised me a better job, a handsome man or a house full of kids.
He is going to do what he has always done, protect my soul.  No matter what happens, our souls will never die. No matter how hard the winds of life blow, they can never blow out your soul. And so, in His truth, I take refuge. Although my life may not make for an amazing reality television show, His story is the greatest that was over told. 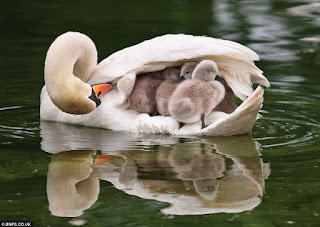