For the past 5 months my life has been a bit of a roller coaster with its token highs, lows and spells of nausea.  To give you an accurate picture we should start at the beginning-
when we decided to play the game!


Start:
The day after my sister's wedding, my cousin, Joey, and I were dreaming about the future and complaining about the present. I told him God was calling him to take a step of faith, but I didn't think he could do it alone. Since I had no definitive life plans, I volunteered to go with him. So... we put all our "metaphorical" eggs in God's basket, and the adventure began! I also put my physical eggs in God's basket, because my cousin is not the "life partner" I was expecting. 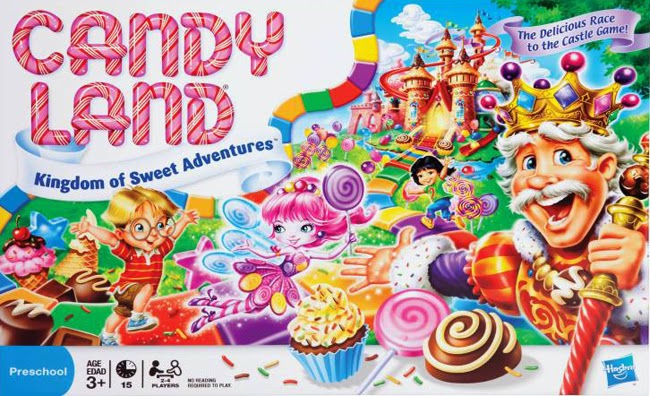 Gooey Gumdrops:
Our not so adventurous search began. We didn't know what we wanted to do or where we wanted to go, but we knew we wanted to do something, somewhere, together. We started applying for jobs all over the country. When Joey informed his boss that he was looking to find another job, things took a not so positive turn. He was laid off from work and found himself unemployed. Gooey Gumpdrops!!! 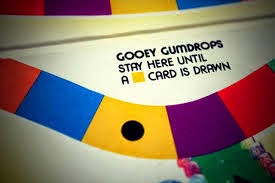 Gumdrop Pass:
"Let's be Jobless together!," I proclaimed. I convinced Joey that since he could be unemployed anywhere, it was strategic for him to pack up all his earthly possessions, use his remaining savings and drive cross country to move into my all girls dorm! He showed up all wide-eyed and bushy-tailed with no plan, no money, but a lot of faith! I wanted to doubt and get discouraged, but Joey was so positive. Every night he would say, "Cuz, I just believe, ya know?!? It's gonna work out. I just have a feeling." So... I just believed, ya know?!?! 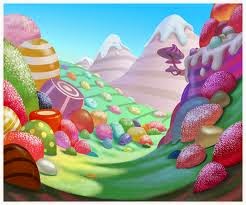 A Twist in the Road: And then the unthinkable happened, my sister and her new husband found themselves in the same position as Joey and me, looking for a new job and home! As per our new usual, I convinced them that my girls dorm was the place to be.  They packed up and came on down to Mississippi. We began applying for jobs, and living the dream which included vacation in Florida, because you shouldn't neglect vacation even if you are in the depths of emotional turmoil. While on vacation, an opportunity opened up for my brother-in-law in Hot-lanta! Obviously these newly weds wanted Joey and me to follow suit, so we began making plans to move together!

Hoodburbia: If we were going to live in the "404" we had to find a place to stay! A week after we returned from Florida, Joey and I left at 3 am to drive 6 hours to Atlanta with a piece of crumpled up paper with 4 addresses and the realtor's number. For half an hour we drove around checking out houses and calling realtors to no avail. All of a sudden like an arrow pointing from heaven, we saw a make-shift handwritten "For Rent By Owner" sign off a busy street. By 9 am we were eating pancakes at IHOP. We were excited that our landlord took cash and dreams.

Joblessness: Joblessness is definitely more fun in theory than in actuality. We had a lot of time, but no money. With lots of time and no money, all you can do is sit. We couldn't move too much, because then we'd get hungry and eat food we couldn't afford. We couldn't drive anywhere, because we only had 1 tank of gas, and we had to save that for a real emergency.  So mostly we just sat. It was a rough life.  And then, one day, the unthinkable happened. We got jobs.

And that is our journey which you have been waiting for- obviously. I firmly believe that God has been a part of this process, because well it is too weird to be anyone but God.

Took a whole lotta tryin',
Just to get up that hill.
Now we're up in the big leagues,
Gettin' our turn at bat.
As long as we live, it's you and me baby,
There ain't nothin wrong with that.


Well we're movin on up,

P.S. We just got jobs, none of us have actually started our jobs.
P.P.S. Reid has technically been working the whole time. I was only referring to the Jo Perrottas (we are cousins, with the same name, who all live together).
Posted by Brittany Jo at 8:40 PM